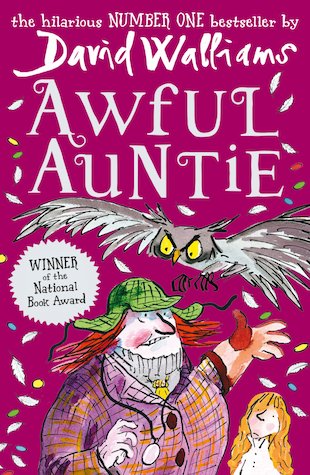 The seventh crazy caper from the weird world of David Walliams. Grotesque giggles, evil oldies and monstrous pet owls: this is a hoot! Well, well, well. David has cornered the market in dastardly villains. No more cuddly folk like Mr Stink. Lately, it’s all been sadistic dentists and weirdos who like to cook pet rats. And that’s great – we haven’t had such fun baddies since Roald Dahl gave us The Witches and The Twits! Now it’s time to meet Aunt Alberta. She might look respectable, with her posh friends and passion for tiddlywinks. But it’s a fair guess that she’s going to be awesomely evil…