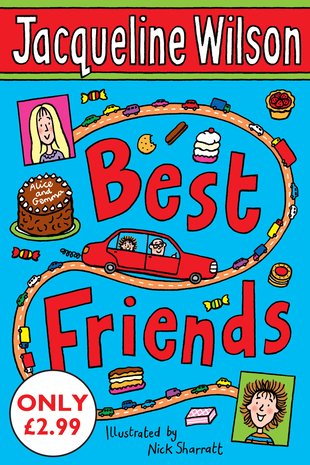 How do you live without your bestie? Can bad, bold Gemma and dainty Alice prove they’re true friends to the end? These two buddies put the ‘forever’ into BFF. They were born on the same day in the same hospital ward, and they’ve been best friends ever since. It doesn’t matter that Gemma likes football and fighting, while Alice loves party frocks and pretty things. But now Alice has terrible news: she’s moving all the way to Scotland! Maybe Gemma will never even see her again! Is there a way to stop Alice leaving? And can best friends still have fun together, even when they’re apart?