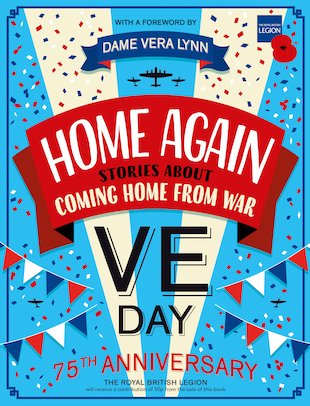 Soldiers. Sailors. Evacuees. Refugees. All coming home from war in twelve unforgettable stories… On 8th May 1945, World War Two officially ended in the huge celebrations of VE Day. But what happened next? Where did they all go – the soldiers on the move, the refugees, the lost children? In Home Again, twelve major writers celebrate the coming of peace through the theme of homecoming. Follow a child evacuee, a rebel fighter, a Bletchley Park codebreaker and an Indian Army soldier…