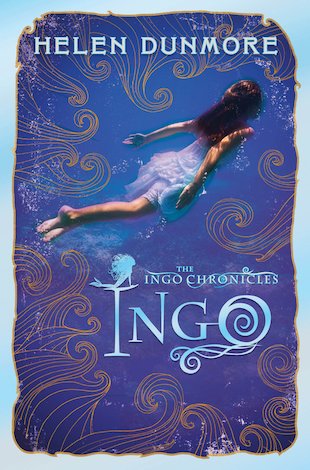 Once there was a man who fell in love with a mermaid. He swam down into the sea to be with her, and was never seen again… Sapphire’s father told her that story when she was little. When he’s lost at sea she can’t help but think of the old myth. Then, the following summer, Sapphy meets Faro – an enigmatic Mer boy. Diving down into Ingo, she discovers an intoxicating world of pure sea hidden beneath the crags of Cornwall’s Zennor coast. But Sapphy doesn’t just crave the wild world below the waves; she longs to see her father once more. And she’s sure she can hear him singing across the water: I wish I was away in Ingo, far across the briny sea…

“Ingo has a haunting, dangerous beauty all of its own.” Philip Ardagh

“The electric thrill of swimming with dolphins, of racing along currents, and of leaving the world of reason and caution behind are described with glorious intensity.” Amanda Craig