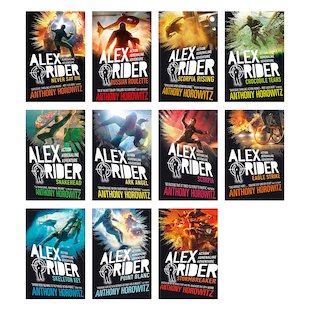 The Levi’s 501 of spydom. Imitators? Fail. There’s only one Alex Rider. More insane thrills than riding Nemesis back to back. Recruited into MI6 at just fourteen, Alex is the original and greatest teen superspy. When it comes to fighting evil, nobody beats his smarts. Daring missions. Insane odds. A million horrible ways to die. Ingenious villains. Furious action. Nerve-clenching thrills. No wonder we can’t get enough.