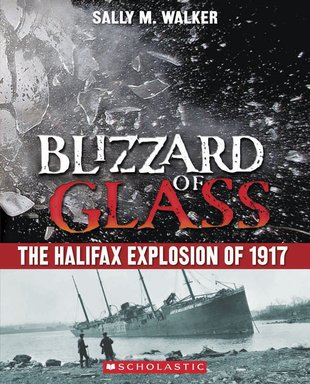 Blizzard of Glass: The Halifax Explosion of 1917

December 6 1917, started like any other day in Halifax, Nova Scotia. But everything stopped shortly before nine o’clock that morning, when two ships collided in Halifax Harbour. One of the ships was loaded with munitions for the troops fighting in Europe; the other was preparing to collect medical supplies for the war’s victims. The resulting disaster was the largest man-made explosion until the detonation of the atomic bomb in 1945. Nearly two thousand people had already lost their lives when, the very next day, a blizzard hit. This is a fascinating and moving account of a disaster that destroyed a town’s buildings, but couldn’t destroy its spirit.