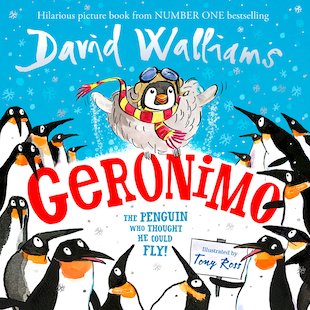 Geronimo: The Penguin Who Thought He Could Fly!

Penguins can’t fly! Everybody knows that – right? Well, not quite. Geronimo doesn’t! This cuddly baby penguin has one dream and one dream only. He wants to fly! People say it’s impossible. But Geronimo won’t give up. And with a little help from his dad and his friends, this brave baby penguin shows that even the wildest dreams can come true!