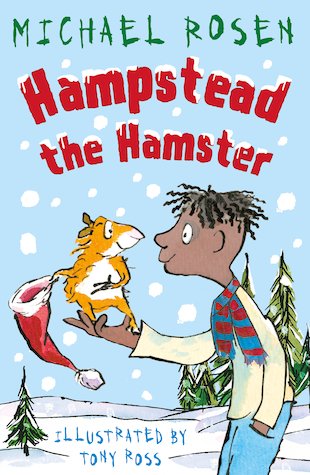 A festive treat from the all-star team of Michael Rosen and Tony Ross! Leo dreams of getting a hamster for Christmas. But what’s his hamster wishing for? Leo wants a pet hamster more than anything else in the world. And guess what? On Christmas morning, he gets one! Leo names his new pet Hampstead, after a mistake on his wishlist. Things are great – at first. But soon Leo realises that Hampstead isn’t happy. Trouble is, hamsters can’t talk. What’s wrong? Is there a way to solve the mystery and cheer fluffy little Hampstead up?