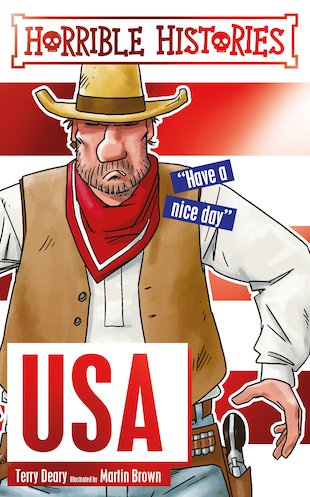 The complete horrible history of the world’s greatest power – with the nasty bits left in! From cruel Columbus and the first savage settlers to the wicked Wild West and beyond! Want to know which president was so scared of electric switches, he slept with his light on? Why cowboys declared war on sheep? Or how to have a civil battle? Read on to find out! Get all the ghastly details on the grim Pilgrim Fathers, find out the truth abut Bill the Kid and Calamity Jane, and see if you could survive on the wild American Plains!