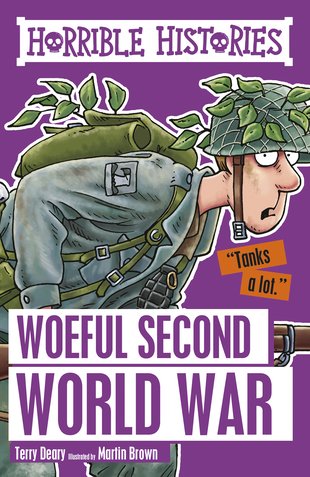 The classic bestseller! No more boring nice-guy nonsense about history. It’s time to learn it the horrible way. And things don’t get more horrible than Adolf Hitler and his barmy army! While Hitler’s terrifying troops goose-stepped around the globe, about 80 million people died in history’s deadliest conflict. Frightful flying bombs. Rotten rationing recipes. Snowy sieges, nasty Nazis and cruel concentration camps. Find out about all those things, and learn how to make a rude noise with a gas mask. Go on: you know you want to!