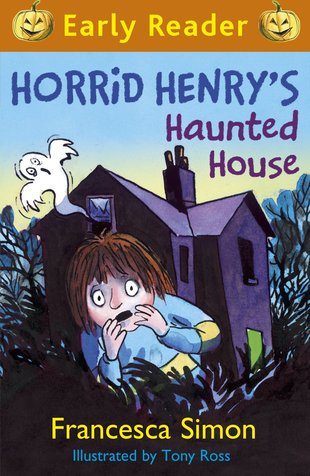 We’d pay any money to see this bad boy get the frights. What a bargain. Tony Ross’s colour pictures are a squeal. Just in time for Halloween, bullying Horrid Henry will learn what’s like to feel scared. Henry can’t believe his mean, evil parents. They’re forcing him to stay overnight with his slimy cousin Stuck-up Steve. To make matters worse, Steve’s house is HAUNTED. Or is it? Giggle along if you want to find out.