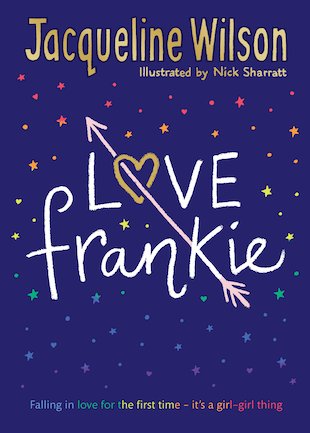 Growing up. First attraction. Coming out. Are Frankie and Sally just friends – or girls in love? Frankie is nearly fourteen, and finding that teenage life has major ups and down. Her mum is seriously ill with MS and Frankie’s being forced to grow up fast. (No thanks to Sally and her gang of bullies.) But when Sally turns out to be not-so-mean after all, she and Frankie strike up a friendship. Suddenly they’re spending all their time together. Except – Frankie thinks she might be in love. She doesn’t want Sally to just be her friend. She wants Sally to be her girlfriend. But does Sally feel the same?