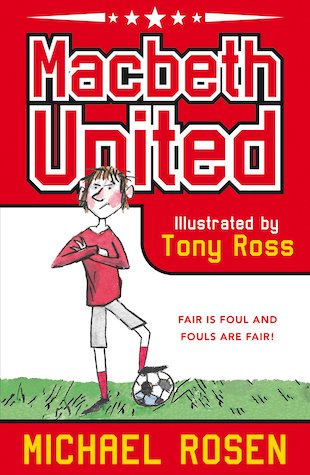 Foul is fair in Macbeth’s bid to be team captain! Witness one of Shakespeare’s greatest plays retold as never before by the mighty creative team of Michael Rosen and Tony Ross. Macbeth is twelve, a promising striker on the Shotfield football team with a burning desire to become team captain. His ruthless mum pushes him to do whatever it takes to shove the other players aside and get himself noticed by the football scouts. So when it comes to the big game, fair is foul and fouls are fair. But will Macbeth’s dirty tricks end in on-pitch tragedy?