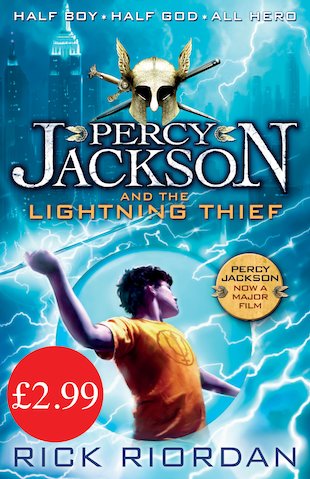 Percy Jackson and the Lightning Thief

Percy’s half-god, half-mortal – and in a whole load of trouble! Join him as he battles gods and monsters in his first storming mission. (Then read all the rest.) Dyslexic New Yorker Percy Jackson is used to school bullies and angry teachers. But when he finds out he’s the son of scary Greek god Poseidon, he goes from playing basketball to battling monsters. Yikes! Now he’s being packed off to Half-Blood Hill, the Long Island camp where the offspring of Greek gods are trained. Trouble is, scary boss god Zeus thinks Percy has stolen his lightning bolt. Can Percy find it before a war of the gods erupts?