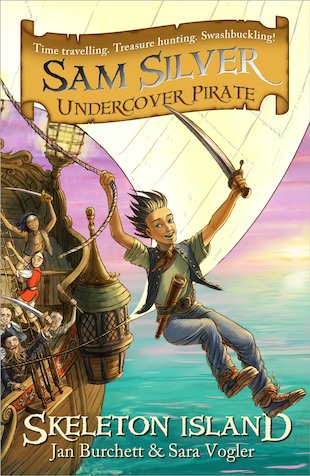 How to become an Undercover Pirate…

1) Have a pirate captain as your ancient ancestor

3) Get whisked back in time to join a pirate crew

A rip-roaring adventure full of pirates, plunder and pieces of eight! Sam Silver lives near the sea and loves beach-combing for treasures. So when he finds an ancient message in a bottle, he thinks it will make a great new relic for his collection. But inside the bottle is a magic gold doubloon which whisks Sam back in time to 1705! Suddenly he’s aboard a pirate ship – the Sea Wolf – sailing the Caribbean Sea. But if Sam can’t think of a very good reason why the crew of fierce sea-dogs should keep him alive, he’ll be forced to walk the plank!