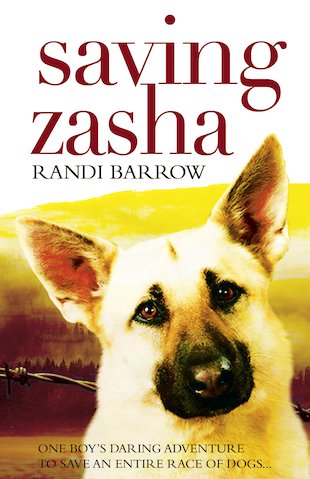 In post-war Russia, can one daring boy save an entire race of outlawed dogs – the German Shepherd?

The Second World War has just ended when Mikhail finds a dying man and his German Shepherd, Zasha, in the woods. It’s dangerous – some say traitorous – to own a German dog in a country still bitterly scarred by the Nazi invasion. Mikhail must keep Zasha a secret to keep her alive. But with armed dog thieves and Russian soldiers on their tail, how long can he get away with it? Mikhail’s inspiring struggle to save his best friend, the last German shepherd in Russia, forces him to face some of life’s hardest lessons about war, hate, forgiveness, hope – and man’s best friend.

“Mikhail’s first-person account will grab readers with the physical details of training and protecting his beloved pet as well as the history of the devastating war and its aftermath.” Booklist