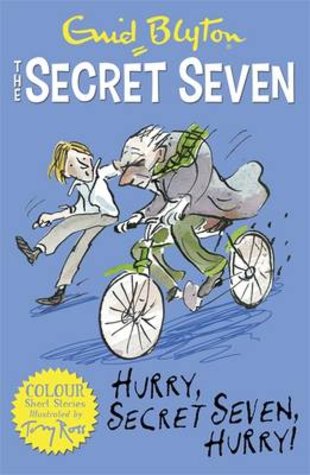 The best way in the world to push your reading forward. A short Enid Blyton mystery with Tony Ross’s colour art. Danger on the railway! The Seven are coming back from a picnic when they see a cyclist collide with a car. The injured cyclist – a railway signalman – tries to give his rescuers an urgent message. But only the Secret Seven understand it! Can they act fast enough to stop a disaster?

most of you thought this was rubbish