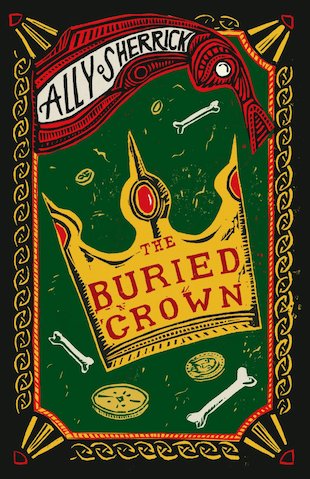 What’s worse than Hitler invading Britain? Hitler finding a magical ancient crown that will give him limitless power. The Second World War is raging, and it’s not going well for Britain. The country is on the brink of invasion. But Hitler isn’t just coming to seize the British isles. There’s something else he wants: a buried Anglo-Saxon crown. George is just a regular London kid who’s been evacuated to the countryside. He has no idea the crown even exists, or why it matters, or how to find it. Yet George and his friend Kitty must protect the crown from Nazi invaders. If they fail, history won’t thank them for it…