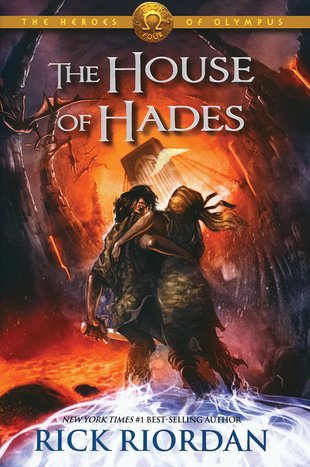 The Heroes of Olympus: The House of Hades

Would you follow Percy to the ends of the Earth? How about to the dark side of Hell? Here’s your chance! The good news: Percy and Annabeth are together again. The bad news: they’re trapped in the land of the Dead. Uh-oh. Who’s helping them escape? Err – nobody. The gates of Hades must be sealed from both sides to stop Gaea rising. (Which leaves our heroes locked in with a crazy goddess.) But will their friends in the mortal world win the battle to lock the Doors of Death? Or will Hades end up claiming them all?