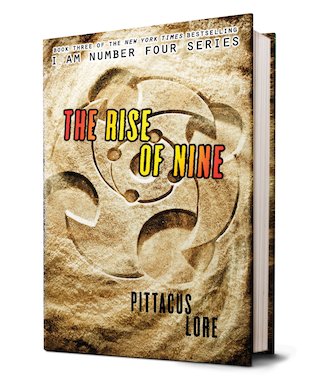 The Rise of Nine

Fever pitch thrills. Off-the-scale drama. Where else can you read a novel written by an alien? In the beginning, there were nine. Nine aliens who left their home planet of Lorien when it fell under attack from the deadly Mogodorians. They scattered on Earth and went into hiding, disguised as ordinary teenagers. But the evil Mogodorians were still on their trail. They caught Number One in Malaysia, and Number Two in England. Number Three was caught in Kenya – but Number Four went on the run. Number Six is still here. They caught him in New York, but he escaped. The Mogadorians want to finish what they started. But they’ll have to kill him first.