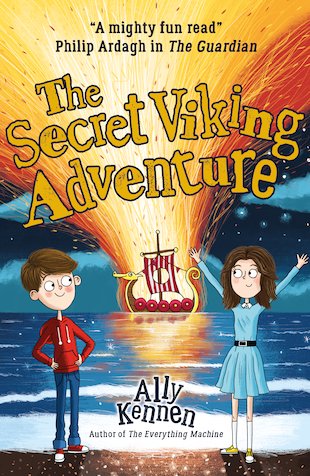 Coffin-stealing. Boat-burning. Telling whopping lies. Carla’s crazy plan includes them all! Carla’s grandpa has died – but he’s left her a letter telling her about his secret dream. Now it’s up to Carla to give him his last dying wish: a Viking funeral. To make it happen she’ll have to break the law, and every rule she’s ever known. But it’s worth it to send him off in a blaze of glory. Sometimes you have to do what’s wrong to do what’s right…

“Has a beautiful emotional intelligence and humour.” The Times

“Enterprising writing of a high calibre.” Independent on Sunday