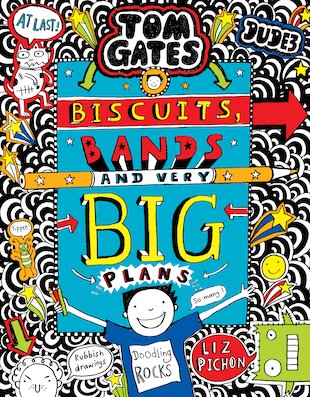 Britain’s favourite doodle genius and caramel wafer-muncher is back! Yup: Tom Gates and his band The DogZombies have some big plans that need to be actioned, like, NOW! First they need to catch a glimpse into Delia’s secret diary. But that’ll mean taking a BIG risk: snooping in her room! Oh, and then they’re going to write a new smash-hit single. (Which means stocking up on essential snacks.) Plus, Tom’s got to doodle as much as possible, especially when the pea-brained Marcus is watching! It’s lucky Tom’s fuelled by biscuits, or he’d never have the energy for it all…