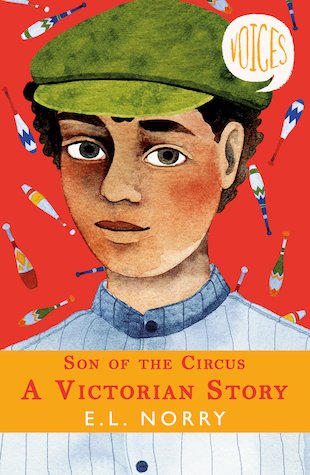 Voices #3: Son of the Circus - A Victorian Story

From the slums to the circus, a mixed-race Victorian boy seeks a place to belong. Ted lives with his mum and poorly big brother in the city of Bradfield. When a stranger turns up in their kitchen, Ted gets two big surprises. Firstly, the man – Pablo Fanque – is the first black circus owner in Britain. Secondly, he is Ted’s father. Before Ted can recover from his shock, he’s sent away with Pablo to learn the tricks of the circus trade. Pablo is determined that Ted should follow in his footsteps. But Ted isn’t at all keen on this terrifying new life among strangers. Can he adapt to it? And will he ever see his mother and brother again?