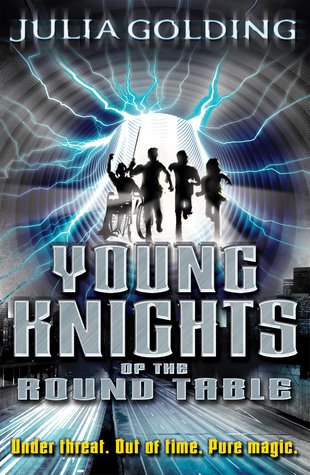 Young Knights of the Round Table

HUMANS ARE THE ENEMY!

That’s what Rick’s been taught to believe by the Fey Folk who stole him as a baby. Taken to the magical realm of Avalon, he’s been trained, alongside other kids like him, to become one of an elite warrior force. So when rumours hint that a new generation of knights are planning to reform the Round Table and attack Avalon, the Fey entrust Rick with a mission: go to Earth, find the knights and stop them. Simple, right? Well, not exactly… No amount of training can prepare Rick for the shock of suddenly being a modern teenager. And when he discovers that the Fey have been lying to him, Rick is forced to ask: if humans aren’t the enemy – who is?

most of you thought this was okay